As with all the wall prints on this site, this artwork is also available as a stretched canvas print, framed print or rolled canvas. We also offer a massive variety of sizes from extra large to small. 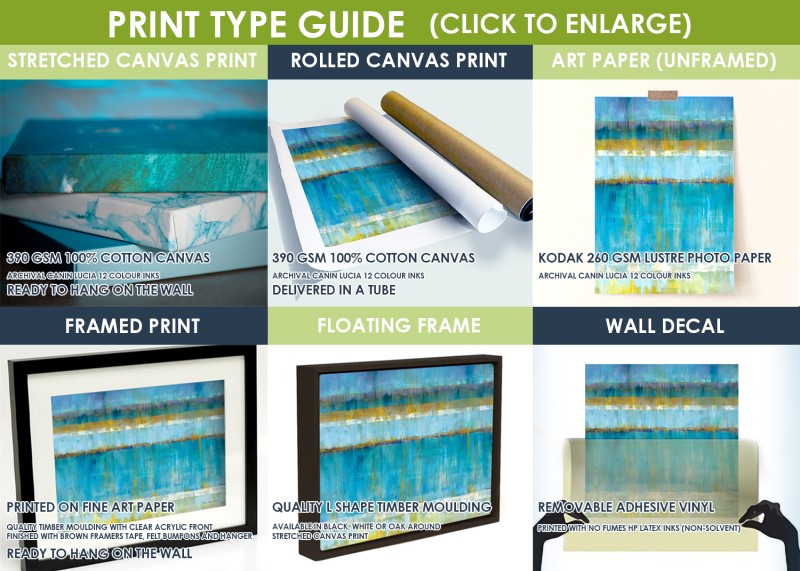